Prosit! Where to Celebrate Oktoberfest in LA 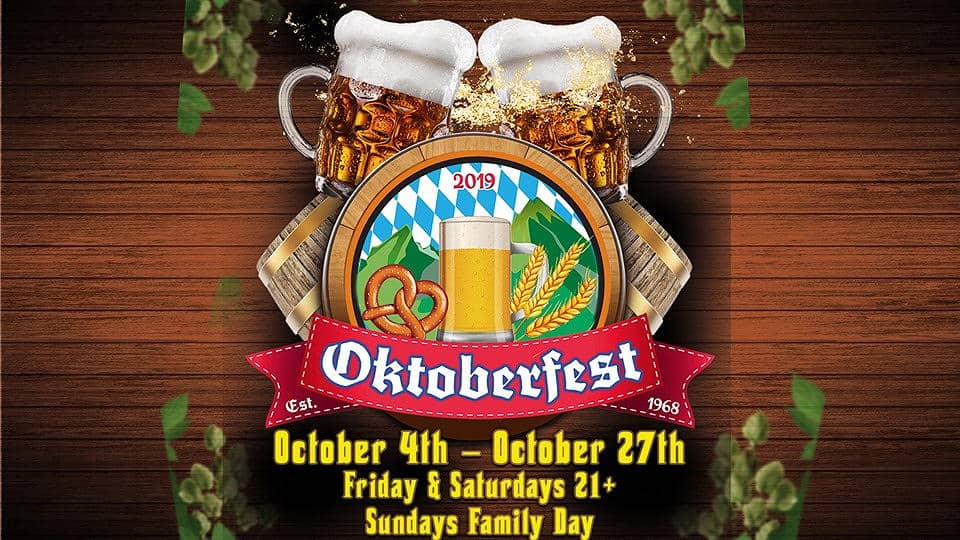 Hoist your beer steins and hop to it! LA has some of the most gemütlich Oktoberfest celebrations outside of Munich! And with all the great craft beer this city has to offer, Oktoberfest gives you a great excuse to say prosit! Whether you’re looking for a traditional Bavarian-style experience, a curated beer extravaganza, or even a rock n’ roll Oom Pah Pah party, it’s all on tap when you celebrate Oktoberfest in LA!

CraftoberFest Los Angeles is the premier Oktoberfest celebration of the season! With over 20 carefully curated craft breweries from the Southern California area, this food and drink festival will provide each guest with a delicious experience influenced by the world’s largest “Volksfest” (beer festival) in Germany. First-class restaurants will serve traditional and fan favorite foods influenced by this internationally loved holiday. Don’t miss out on your chance to spend the day on The Greens at the Rose Bowl Stadium, while delighting in some of the best beer and food Los Angeles has to offer.

Okterfest is in full swing at Wirtshaus, a traditional German restaurant and biergarten specializing in authentic German food, freshly tapped beer, over 35 imported German beers, and a schmecken selection of German and Austrian wines. Every Friday and Saturday night until the end of October, get your “gemütlich” on with music; Dirndl and Lederhosen, Steinholding contests; and free giveaways. The menu boasts various versions of Schnitzel, Sausages, and of course, Pretzels. The atmosphere at the Wirtshaus is fun and laid back. Hang out at the bar or enjoy yourself on one of the long wooden tables inside or the lush outdoors Biergarten.

Enjoy the Oktoberfest zeitgeist all year around at Wurstküche! Known as a purveyor of rare and exotic grilled sausages–from rabbit to rattlesnake – this popular joint also offers more mainstream meats such as Bratwurst, Bockwurst, Hot Italian sausage, Polish Kielbasa, and Louisiana Hot Links. Other indulgences include Belgian Fries (topped with White Truffle Glaze, if you dare to go there), Double Dipped Fries with your choice of sauce, and a very naughty Toasted Apple Pie Ice Cream Sandwich on oatmeal raisin cookies. Expect an extensive selection of draft and bottle beers from Belgium Germany, US and UK, along with a nice wine list. For s special treat, try a palate-cleansing, digestion-promoting Eaux de Vie, such as the German favorite Underberg, or some fruitier fixes such as Blume Marillen Apricot, Kirschwasser (dry cherry brandy) or Pear Williams Purkhart.

Don your dirndls, lace your lederhosen, and hightail it to LA Oktoberfest. This fun festival features traditional food, an assortment of craft beers served by dirndl-donning beer maidens. lively tunes, and sing-alongs of old time drinking songs. LA Oktoberfest offers a variety of ticket choices, so you can participate however you want. You can choose a 2 or 4 hour pass that includes a Glass Stein and unlimited refills for the whole event. If you like to do it in style, then grab either a 2 or 4 hour pass, get your souvenir glass stein and unlimited refills!  Valet Parking is available and Overnight Accommodations are offered at a special rate. Overnight accommodations include 2 complimentary VIP tickets to the LA Oktoberfest

The most entertaining Oktoberfest in America comes to San Pedro! Oompah meets rock n’ roll as you fill up on mouth-watering sausages, pretzels, desserts and of course, beer. Festmeister Hans & Die Sauerkrauts Oompah will take the stage with Heino & Gretel, along with amazing song and dance leaders. Brouwerij West is brewing up a special Überfest beer for the occasion – BOOM BRAU – which will only be available for this one time. Brouwerij West will also be pouring a limited selection of some of their favorite beers during the fest!

A little slice of Bavaria in sunny Southern California, Alpine Village was established in 1968 as a destination for shopping, dining and entertainment, and has been the home of the oldest and biggest Oktoberfest celebration in Southern California for over 50 years. Traditional Bavarian fun is supplied by Oom Pah Pah party bands, your appetite will sated by traditional German fare, and your thirst quenched by frothy German beers brewed by Paulaner. While you’re there, be sure to visit the Alpine Village Imports Market, featuring a huge array of German foods and interesting alcoholic beverages like Goldschläger, a Swiss cinnamon schnapps with real gold flakes floating inside.

Now here’s a great deal for a good cause! On October 13th, DTLA Breweries United Fest brings together some of DTLA’s fave breweries including Mumford, Arts District, Boomtown, Indie, Dry River, Angel City, Karl Strauss, 101 Cider House, and Imperial Western. Your $45 ticket includes unlimited tastings and a commemorative glass. 100% of the proceeds will benefit the Cystic Fibrosis Foundation. Food is provided by A’s BBQ. For their safety, no pets or children are allowed.